"Some Dana crash victims were alive in the fire" 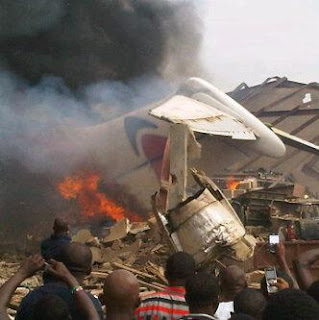 There are reasons to believe that some victims of the recent Dana plane crash were alive in the fire, the Lagos State Chief Medical Examiner, Prof. John Obafunwa, told a coroner sitting at the Ikeja High Court, on Wednesday.
Speaking at the coroner's inquest into the cause of the crash, Obafunwa said some of the victims had died from smoke inhalation.
"They must have been alive to inhale the smoke," the state chief pathologist, said.
He stated that there was a remote possibility that such victims would have made it, depending on the degree of injuries sustained.

Over 150 passengers, and some others on ground, died on June 3, 2012, when a Dana aircraft crashed into a congested Iju-Ishaga neighbourhood in Lagos.
While being cross-examined in an intense, but somber session, Obafunwa identified the major cause of death of the crash victims as multiple injuries.
He said that multiple injuries roughly caused about 60 percent of the deaths, and that a combination of multiple injuries and smoke inhalation was responsible for 30 percent, while the remainder "ranged from purely smoke inhalation to just occasional fractures."
According to him, multiple injuries are made up of various combinations of injuries like, "fractures to the skull, damage to the brain, punctures in the lungs, severe blood loss."
"All of these things can individually cause death," he added.
Shoddy emergency response
The inquest has, so far, brought to light the country's poor management capability in cases of emergency and mass disasters.
Obafunwa's deposition emphasised the need to improve on emergency response.
Obafunwa said he could not state the time of death of victims, since his team of pathologists only had access to the corpses two days after the incident.
"The question would have been easier if the forensic team had been present at the scene before the evacuation of victims," he said.
"We have to take into consideration things like the ambient temperature, core body temperature, and others."
He, however, stated that the complete DNA result would be "finalised by next week," even though, the full autopsy report would take another few weeks pending the completion and arrival of the toxicology report from the U.K.
"There are no facilities for forensic analysis at this time," he said, adding that 80 percent of the forensic work had been completed.
Obafunwa also suggested the setting up of a forensic laboratory and the formation of a "mass disaster group with state replication" to meet regularly for simulations and coordination, in readiness for emergency situations.
"Despite the limitations, I will stand by what we (forensic team) have done," he said, with a note of confidence.
But more revelations and conflicting reports were still to come, as more witnesses took to the stand.
In his deposition, ASP Ubi Obono, who claimed to have arrived the scene of the crash by 3.50pm, said it took over four hours to put out the fire at the crash site.
"For over one hour, we were just hanging around; nobody could gain entrance into the place," he said.
He said that the State Fire Service were the first fire fighters to get to the crash site, but did not even have enough water.
Obono's disposition however contradicts that of Olaogun Gbadebo of the State Fire Service, who appeared before the court on Monday.
Gbadebo said he arrived at the crash site at 4.10 p.m., 14 minutes after getting the report, claiming that the fire was put out within 15 minutes.
While being cross-examined, the National Emergency Management Agency (NEMA) Assistant Coordinator for South-West, Adebiyi Rasak, admitted that his team, which he claimed to be one of early arrivals at the crash site, did not have a professional doctor.
Following another admission by Rasak that NEMA lacked the necessary equipment to evacuate the victims, the coroner, Oyetade Komolafe, inquired about the agency's mission at the crash site.
"You have said that you don't have equipment, what exactly did you do there, because I understand that a farmer has to go to farm with a cutlass? He asked.
A case of perjury
Another drama ensued when DSP Agoi Olusola attached to Area G Police Station, Ogba, told the court that his visit to the crash site the following day, was only to observe, based on the directive from his superior officer.
However, his written deposition before the court, stated that "I am the investigating police officer detailed to investigate the Dana Air crash."
"I did not write this, the lawyers did," he claimed, when his attention was drawn to his written deposition signed by him.
The coroner however admonished Olusola, saying his action went "a long way to show" why the police lacked public trust.
Komolafe adjourned the case to July 26, 2012, for next hearing. 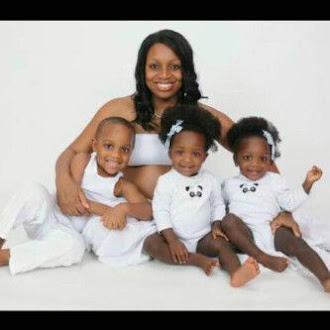 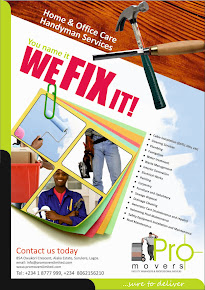